Perseus: Next to Aquaculture… 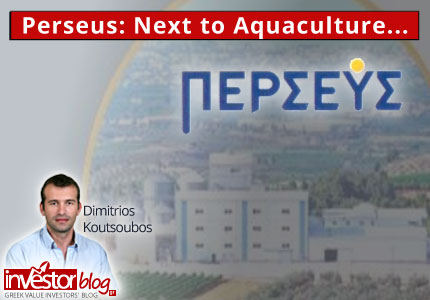 Stock-market media have been focusing in aquaculture, now that Nireus (NIR:ATH) & Selonda (SELO:ATH) are about to be sold to new bosses. On the contrary, small Perseus (PERS:ATH), indirectly related to the sector, by producing fish feed, is unexplored and in low valuation. Below, we will see that the company is cheap due to some factors that lead to uncertainty and risk for investors. Though, undervaluation seems to be extreme, compensating for those dangers, making Perseus an interesting alternative option in the broader industry of aquaculture.

In 2016, Perseus had a revenue of €47.5 million, a size capable of granting it a leading role. However, its market cap is about 10 times lower at €5 million, with the stock at €0.30. That would be normal for loss making or exceedingly debted firms, with their viability in doubt. In Perseus’s case, despite dropping earnings of 2016 (€0.57 million), the bottom line remained positive. As for debt, it is high at €36 million, but it is shrinking and seems to be manageable, as long as the company stays profitable. 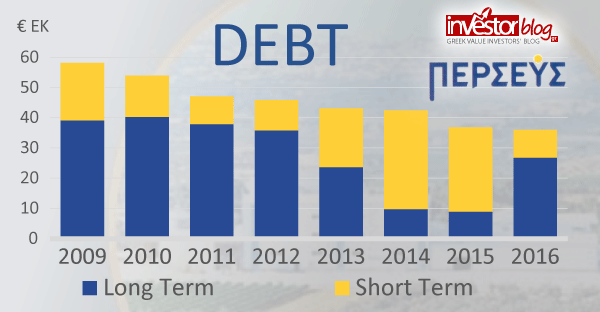 In addition, the equity of €21.5 million, offers some strength and shows the extreme undervaluation of the stock. Price-to-book (P/BV) comes in at just 0.24x. It would be too good for the stock, if the reason was just the high debt and the fact that micro caps are on the sidelines. Unfortunately, in Perseus we find some other negative facts, that many investors would describe as “red flag”.

Executive pay increased, in 2016, to €1.8 million, compared to €1.08 million in 2015, severely affecting profitability. This is not just a matter of cost, but a matter of principle. Fortunately, the executive pay will return in lower levels. Moreover, shareholders can notice that the frequency and level of essential information given is not too rich. On the one hand, a small firm has limited resources to comply with higher standards. On the other hand, if will and good mood exists, some small adjustments may improve this image. Let’s have in mind, that we, shareholders, bare responsibility. It is our apathy that makes listed companies believe that their reports and actions remain unnoticed. The sad thing is that their belief proves to be apt. This is the reason I support that we bare responsibility. 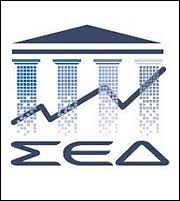 Our participation in AGM’s and in the Hellenic Investors Association is important.

Furthermore, in spite of the company’s high debt and paying of annual interest of about €2 million, it invested 5€ million in Piraeus Bank’s stock. So, it is exposed to the risk of large impairment. It has already recorded some loss in total income statements and probably will continue have more recorded in the future—especially in the event of new capital raises in greek banks. If it had used those funds to repay the debt, it would have reduced risk, and the interest costs. Alternatively, it could have bought treasury shares, creating value for the shareholders and supporting the low stock value.

Risks do not end here. Perseus has 88% of its revenue towards its major shareholder Selonda. I have said many times that I am very cautious against listing companies that are depended and controlled by other group of companies.

Then, according the negatives above, why would somebody like to be a buyer of such a indebted enterprise? Because in stocks, the factors of price and dynamics of changes come in. If price is so low, compensating for some risk, and there are some catalysts on horizon capable of turning around the image, the stock can reverse to an opportunity.

For Perseus, what can act as a catalyst, is changes in the schemes that control the company and the restructuring of aquaculture’s map. The company is controlled by Selonda (41.34%) and Wise Management (41.48%) of Kyriakou interest. Selonda is in the middle of the process of a placement, from banks to new investors, while Wise Management was hit by the death of the emblematic businessman (Minos Kyriakou). A lot of scenarios can be speculated, such as some type of absorption or autonomization, on the contrary. For the moment, those are just a guesswork, but may bring increased probabilities of changes in corporate governance, either lead to better financial prospects, or offer an opportunity for the stock to reach its intrinsic value. (e.g. tender offer, consolidation). Of course, nobody can guarantee that any change will turn to be positive.

Another trump of this small listing company, is that despite selling its product in Greece, this consists a raw material for one of the most export driven sectors in Greece, aquaculture. Therefore, Perseus is an indirectly extrovert company. In addition, by selling fish feed instead of fishes, there is no need of keeping large biomass inventories, and it is not substantially affected by fish’s price cyclicality—a factor that has led to collapse of emblematic groups in past (Sea Farm, Hellenic Fish Farming, Dias Aquaculture, etc.). That is how Perseus’s stable financials are explained, having ensured its survival in periods that its debt was even higher than today is. The biggest risk is about its huge receivables (47.5 million) and the high dependence to one client (Selonda). Selonda’s recapitalization and controlling by banks, has already moderated this risk, and changes ahead probably will make it even better.

The graph below, shows how dynamic the corporate reality is. In Perseus’s case, the improvement is impressive during the previous 8 years. Equity has been doubled to €21.5 million, while the company has managed to reduce its net debt by 25.5 million—from €57 million to €31.5 million, in spite of having paid a cumulative amount of about €19 million in interest costs. Thus, net debt is now only 146% of equity, compared to 596% in 2008.

Remember that Selonda paid €0.70 per share when bought 41.38% of Perseus in 2017, a period of high debt for the company. It is weird and interesting, that the stock is trading lower now (around €0.30), despite the impressive deleverage of the balance sheet.

To sum up, Perseus in an interesting aggressive option in micro caps. The risks are related to its high debt, its dependence from larger groups of companies, the limited visibility-information and some company’s actions that raise questions. Opportunities are related to the impressive debt shrinking trend and dynamics of changes that may bring developements to the promising sector of aquaculture.

Low valuation ensures, that in the worst case scenario, the investor can lose the price he pays, namely 1/4 of equity. In a good scenario, he is able to earn much more, due to possible developments ahead. By his buying of Nireus, or even worse Selonda, he would pay more while risking more. I consider, that Perseus is a better alternative in the broader aquaculture sector. It reminds me Galadixi’s (GALAX:ATH , delisted) case, which was written here. While most investors had ignored it, preferring the “champions” of the sector, the stock of Galaxidi has finally beaten them.

In any case, investors would better conserve a well diversified portfolio and not put all eggs in one basket. Especially in aggressive stock choices, as Perseus.

*This is a translation of the greek language original that was published in September 20th, 2017.

3 comments on “Perseus: Next to Aquaculture…”