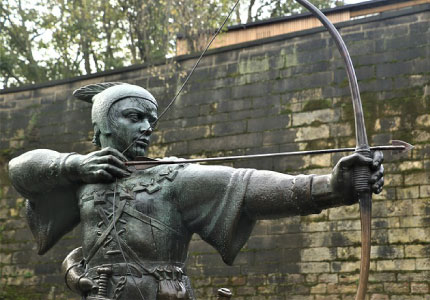 A value investor’s job is to buy the unfairly cheap, and pocket the difference between the price and the value as long term profit. This activity has a socially beneficial byproduct, the strengthening of the “invisible hand”. The “invisible hand” is Adam Smith’s metaphor for describing how self-interest pushes prices and production to levels that are optimal for society.

In investing, when you buy under the value, you act as a force that drags the price to higher levels, closer to the real value. You do it for your self-interest, because you aim to pay less than it’s worth, but automatically in this way you help the system quote a rational price, closer to truth. Without realizing it, you feed the “invisible hand” and get paid for it. This explains the success of capitalism and its tremendous efficiency even when individuals sadly don’t care about people around them.

So, capitalism increases productivity and wealth almost for everybody, even for its greatest haters who of course never realize this function, but on the other hand brings some terrible consequences, and often a corrupt, inhuman mentality in people. Also, while the “invisible hand” is maybe the best we can have in terms of efficiency, it is not always 100% efficient.

The problem arises when the market participants are either confused about what is their self-interest, or when they seek short-term profits by manipulating the system and scamming others. On these occasions, the “invisible hand” is temporarily struggling because the insane muscles take over. As a consequence, bringing prices back to rational levels becomes a difficult task while the momentum of insanity lasts.

I see momentum investing as a cancer. A harsh solution is to just let it self-destruct, which is mainly what we observe throughout capitalism’s history. The majority forming the bubbly tumors always gets destroyed, in a recurring and brutal purifying process. But can we avoid this brutality that sadly affects next-door families, and contain these phenomena before it’s too late?

Some people are sympathetic to reddit investors and their activity in Gamestop (GME) stock, thinking of them as a force fighting to stop this hemorrhage that emptying the pockets of the weaks and filling the pockets of the strong and the established. No, the guy, small or big, who feeds the “insane muscles” by paying money to drive the prices to irrationally high levels, trying to find a “greater fool” to sell to is not a force of good, and certainly not a Robin Hood. Naming “gambling” and “manipulation” as justice, just because it is initiated by the weaks of this world, is dangerous for the market.

On the contrary, value investors can be thought of as the true Robin hoods of the markets. They get paid as a force that tends to correct these abnormalities and irrationalities. It’s true though that the free-market system, as always does, mostly allocates these profits to their generators — in particular the value investors. They are those who correct the markets but also those who get most of the benefit. Eventually, in the long term, money flows from the majority, the gamblers who cause the markets to be inefficient, to the minority, the value investors who tend to normalize the prices by buying under the value and selling over the value.

The more inefficient the markets are, the better the value investors’ returns. The more impatient and short-driven the participants the better the value investors’ returns. In that sense, value investors should ideally prefer markets to be inefficient and a mess, so they have more problems to correct, more fools to take advantage of, and more profits to receive from this job. However, most of them embrace some values and a character that leads them to do something paradoxical.

They can’t keep their secret. For example, Joel Greenblatt openly reveals the “big secret” of intelligent investing in his book: “Find the value of something and pay less!”. These value investors are so enthusiastic about what they do, and maybe annoyed by people acting so silly, that they go to educate others and spread those ideas. It seems that some of the driving force behind being a value investor is idealism, and the frustration towards injustice, or inefficiency.

For value investors, it’s a headache (a real one) to embrace the logic that turns people trapped into bubbles and panic selling. Part of themselves is excited by the opportunity they have, but part of their brain and heart is in pain. Not because of the short-term underperformance and the humiliation they receive from the FOMO booers, or in the downturn, from the short-sighted traders who see them as idiots for catching the “falling knives”, but because they are stunned and saddened by the size of insanity. So, while their self-interest is to stay quiet and get paid for their jobs, they are outspoken, and prefer to act as a force of good.

Without a question, having less inefficiencies is something that is against their job, and teaching others how to act rationally is against their economic benefit. However, they can’t stop sharing the idea: “Don’t try to steal the market or be a gambler, be with us!”

Value investors are the true Robin Hoods for their actions and for spreading the word. Spread this article if you agree!